A brief history of inverter devices

In the 19th century, there were many “battles” regarding which electricity type should be used as a standard to provide power to our homes. In the late 1800s, Thomas Edison indicated how DC (direct current) is more efficient to supply as a standard than AC power. AC or Alternate current was demonstrated by the famous, Nicola Tesla. Thomas Edison demonstrated the dangers of AC power and how it can cause serious injuries or even kill people due to electrocution. However, with all the commotion regarding DC and AC power, Nicola Tesla won the battle of electricity and now the world and electrical appliances run on Alternate Current (AC).

Even though most appliances work with AC power, still, smaller devices such as battery-operated devices or generators make use of DC (direct current). If you require to power a device that uses Alternate current with Direct current, you will require a device we know as an inverter. 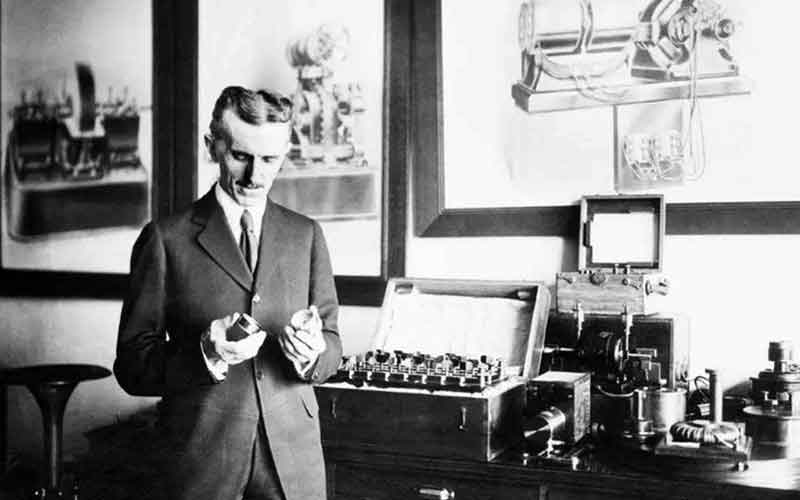 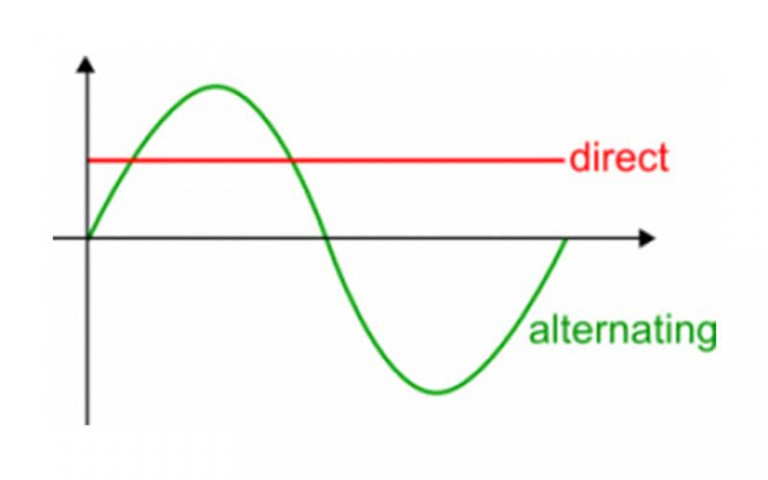 Difference between AC and DC

However, most larger electrical household appliances make use of Alternating current or AC. AC electricity changes directions of flow of electrons around 50 to 60 times in a second. This is also commonly referred to as 50hz or 60hz. So how does AC power gets delivered when it is constantly changing direction? If you have a light and it is connected with cabling through the wall, the cable is stuffed with electrons. When you turn on the switch for the light, the electrons are vibrating back and forth to the filament of the lights, thus, the rapid shuffling converts electrical energy into heat and allows the light to turn on. Electrons in AC electricity works on the spot and won’t require a loop to run before transporting energy.

So, what is an inverter?

Nicola Tesla paved the way for Alternating current which allows all our appliances to make use of AC power. Many appliances require DC power but should generate or receive power from AC sockets. Therefore, a rectifier, which is built from electrical diodes, are used in such cases to convert AC to DC power.

An inverter does the same work but in an opposite manner.  For instance, a battery-operated torch or flashlight, if the battery of the flashlight is connected, DC power starts flowing around the circuit always maintaining one-directional flow. If you remove the battery, reverse its position, the DC power will still flow in a one-directional manner, but, in the opposite way. If in some way you could change the battery and reverse it 50 to 60 times in a second, you would become an inverter as you are changing the batteries Direct Current to Alternating Current going at a frequency of 50hz or 60hz.

Although, most inverters won’t work this way, however, you still get mechanic inverters which does just this. An electromagnetic switch is used in mechanic inverters which allow them to change and reverse DC directions at very high speeds. This type of DC to AC conversions by mechanic inverters are also known as, square-wave output inverters. This type of energy conversion can be damaging to some electrical equipment. Standard AC power current changes gradually from one direction to another which is known as a sine-wave. Most modern inverters can convert DC input into a stable and pure sine-wave AC output. By the use of capacitors and inductors, inverters can make output currents rise and fall moderately. Transformers can also be used alongside inverters to control and change specific Direct Current input voltages into a different Alternating Current voltage. However, the output power should always be less than the input power. An inverter and transformer can’t give more power than they receive. Some of the power gets lost in transmission due to heat as electrons flow through many electrical devices and components in the process. Even though many inverters have efficiencies of over 90%, but physics always ensure that some small form of energy went missing somewhere else in the process. 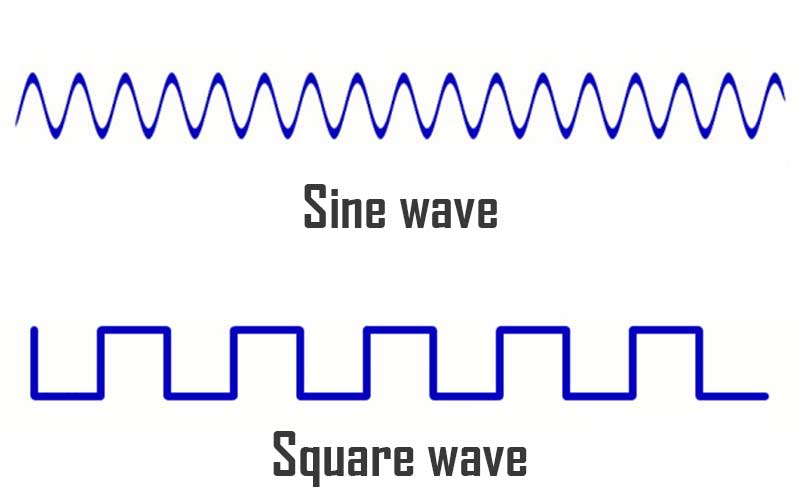 How does an inverter work?

To generate AC power from DC power, you would require a switch that can reverse DC, 50 or 60 times in a second. That is the same as swapping battery contact in and out for more than 3000 times a minute. It’s impossible to do manually.

Older mechanic inverters were used as a switching mechanism which was connected with transformers. Transformers are electromagnetic devices that change low-voltage into high-voltage Alternate power. There are two coils made from wire (primary and secondary) which are around an iron core. Usually, an electrical motor switches the DC input power back and forth in the primary. This is simply a process of reversing the contacts and generating Alternate current in the secondary. This can be compared to an electrical doorbell. When there is connected power, the switch gets magnetized, pulling it open and switching it off. A spring is used to pull back the switch into position, turning it on again and the process repeats itself.

If you keep switching DC on and off, it will reverse the flow of electrons the whole time. Changes of current all in one direction, then into another direction and back again is what the conclusion will be. A square wave of current flow is what will be generated from this scenario. Generally speaking, this can be identified as Alternating Current, although, it is not a smooth sine wave current which you will receive from AC powered outlets in your electrical outlets. Electrical appliances that use high wattages or raw power such as electrical heaters and kettles, don’t bother in what specific wave they receive power. They only require large amounts of electricity to function correctly. The electrical current in the means of square waves is just fine for these power-hungry devices. Other electrical components are much more specific when receiving electricity and they will require a standard smooth sine wave input to function properly and safely. 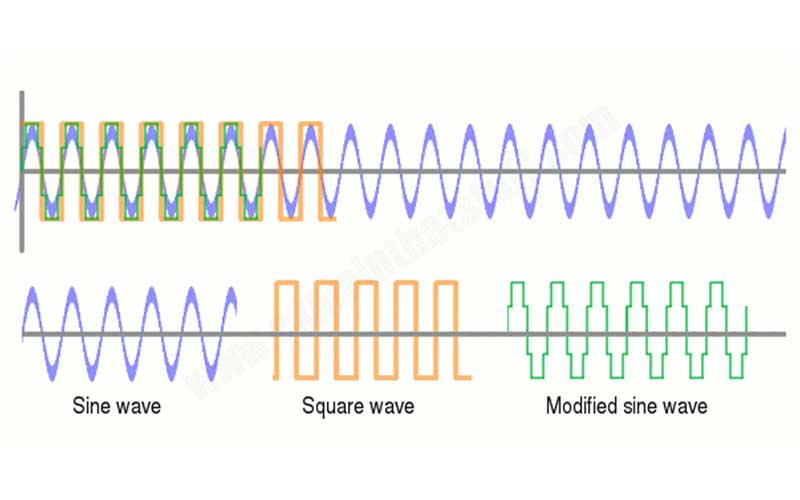 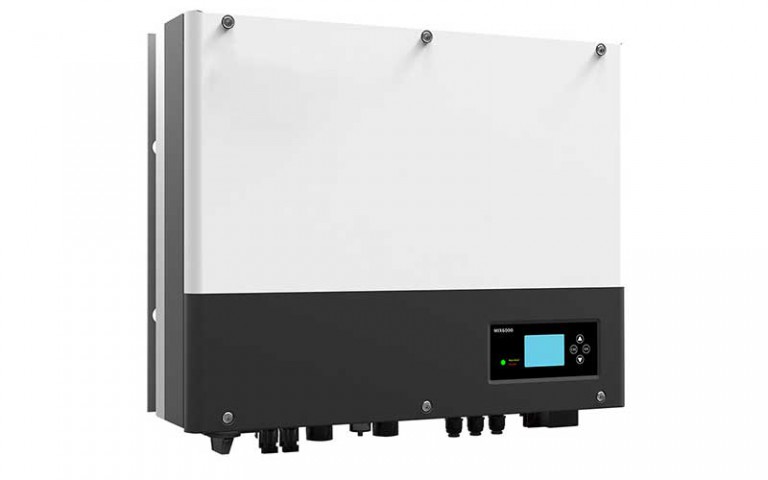 Makes use of toroidal or donut-shaped, transformers and circuits which allows the transformation of Direct Current into a varying Alternating Current. Pure sine wave inverters can be used to power any alternating powered component from a DC source such as batteries and solar panels. Many of these devices include fridges, TV’s, Laptops, Computers, Smartphones, Hi-Fi systems and many more. 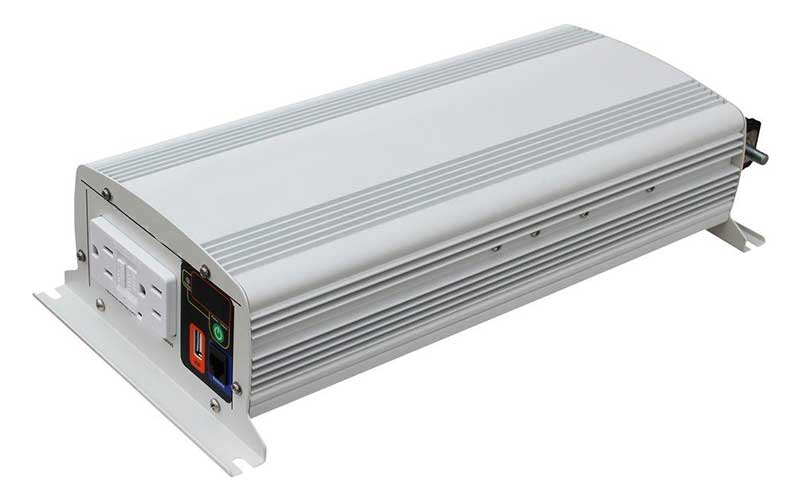 Grid-ties inverters, which are also known as interactive inverters, are manufactured and designed to be connected to the electricity grid Eskom provides. They are connected to the grid at all times and are usually installed with solar panels to save on electricity usage but also if there is unused energy generated by the solar panels, the energy is sent back into the grid at the correct frequencies and voltages. Grid-tied inverters are an excellent option if you want to provide your own electricity for your home. However, grid-tied inverters are not a great solution for going off the Eskom grid. A battery backup storage will be required if you want to store energy in times of load shedding.  In case of load shedding or power outages during the night, the grid-tied inverter powers off. This will leave you sitting in the dark without power. 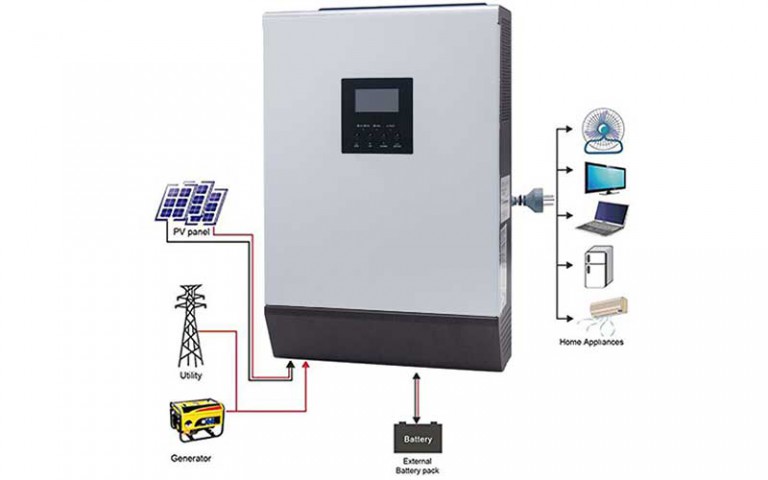 Inverters can weigh heavy and are usually too heavy for some people to carry comfortably. A battery pack included with the inverter can add even more weight, especially if the inverter is standalone or hybrid. Inverters produce large amounts of heat, therefore, cooling fans are installed in correlation with big heat sinks which can easily be spotted.  Inverters vary in the amounts of electricity they can produce, just like specific household appliances vary in electricity consumption. It is a best practice to always use an inverter which is about a quarter rated higher maximum power than the electrical components you would like to power. Therefore, allowing freezers, fridges and fluorescent lamps to consume maximum power when they are turned on. Inverters are not designed to run at full power or peak power for long periods, although, inverters can run at peak power for short intervals of time. 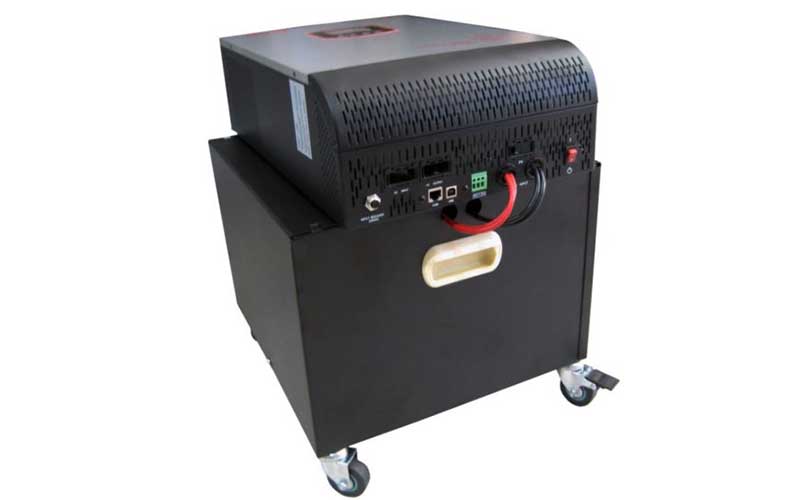 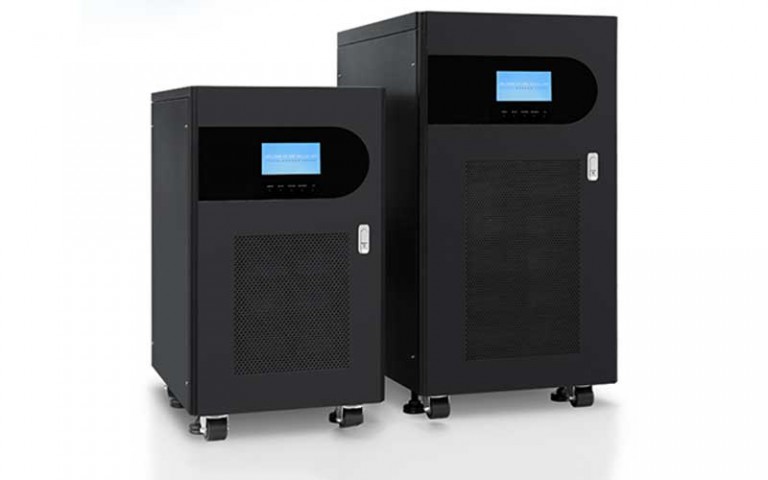 Inverters can be used to provide power in power outages or during load shedding and can be called a UPS or uninterruptable power supply unit. A common UPS system stores rechargeable DC energy in battery storage. When the AC power of the home is available, the batteries can be charged by DC power from AC power, by the means of a transformer and rectifier circuit. If the home’s AC power goes off, you will have DC power ready at your disposal. Your appliances require AC power, therefore, the batteries transfer DC energy to the inverter which then converts the DC power from the batteries to usable AC power.