Solar inverters and their information explained

What are solar inverters?

The solar inverter is one of the most important power electronic devices that makes the modern PV system widely usable. It makes the DC power from the modules usable for all the appliances in our house. Although, these appliances might internally either work with DC or AC, all of them are used to an AC grid. To know what an inverter is, we must first understand its precise function in the PV system. 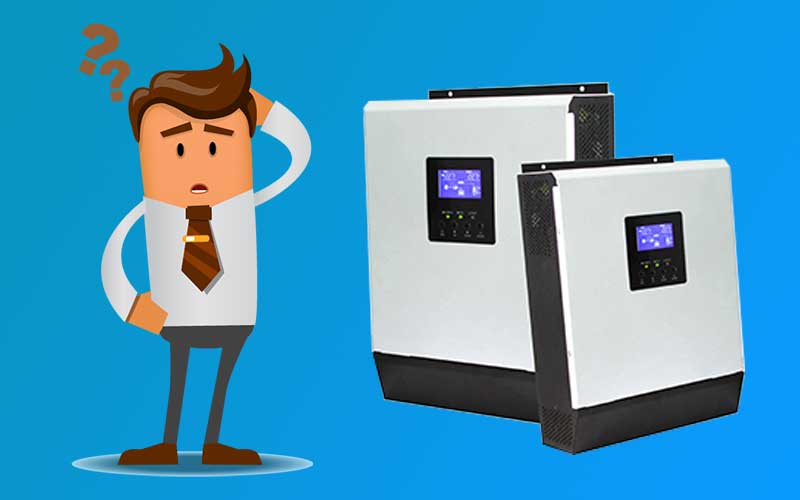 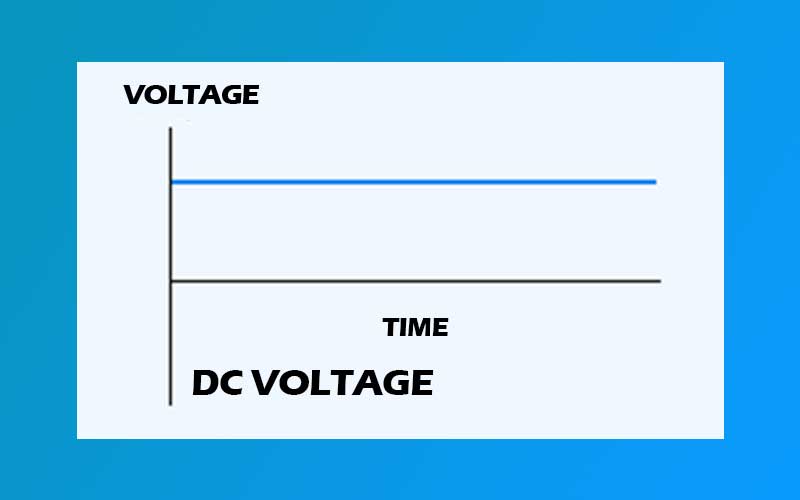 The output of a PV module is Direct Current or DC. What is meant by that? DC, or direct current is the unidirectional flow of electric charge. DC is produced by power sources like batteries, laptop chargers, and solar cells. It is common to talk of quantities like DC voltage, DC power and DC current.

AC, or alternating current on the other hand, is the flow of electric charge such that it constantly reverses direction. The usual form of an AC power is a sine wave. So why do we need AC power? After a brief ‘war of currents’ in the 19th century, AC power was chosen as the standard for central power generation, transmission and distribution. Until this day, almost all national electric grids are AC based. Most households have what is known as the “AC mains socket”. Consequently, most household electric appliances expect to be fed AC power, even though sometimes the internal circuitry of the appliances might use DC. Nevertheless, the fact remains that solar power produced needs to be converted to an AC form, so that it is more “usable” in the electricity framework we have today. 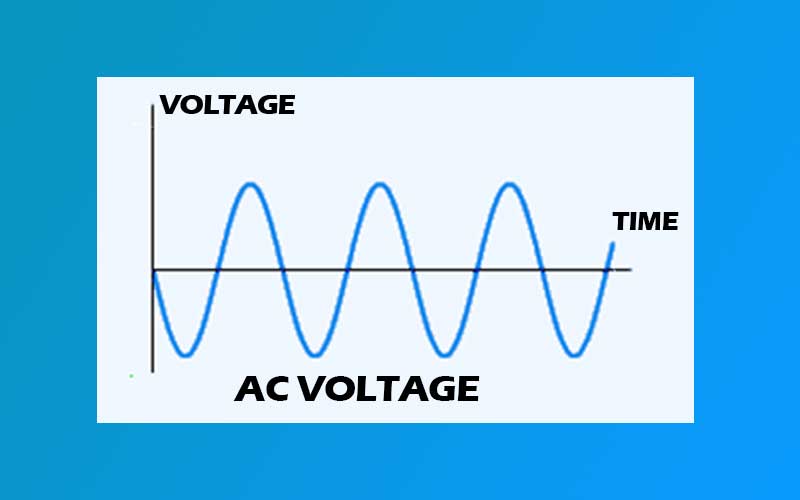 How do we make this conversion from DC solar power to the easily usable AC power?

By using a solar inverter! The inverter converts a DC electrical signal into an AC one. Let’s talk about the features of the solar inverter and its applications in the modern PV system. Solar inverters are classified based on their mode of operation, their size, or implementation topology. 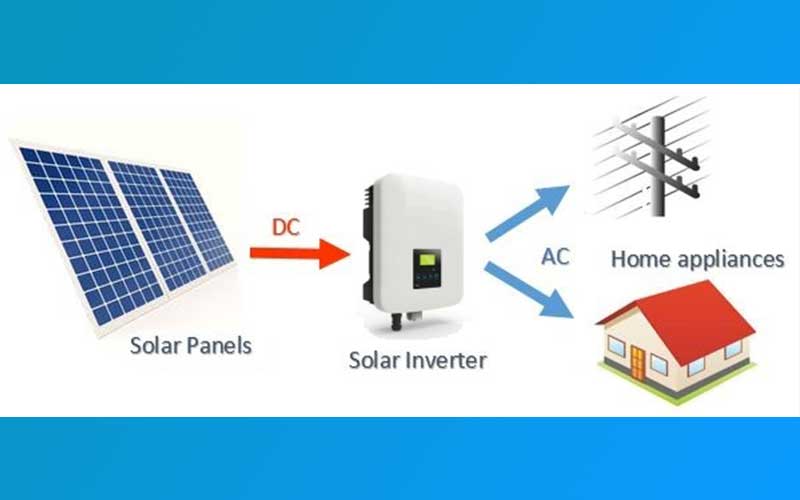 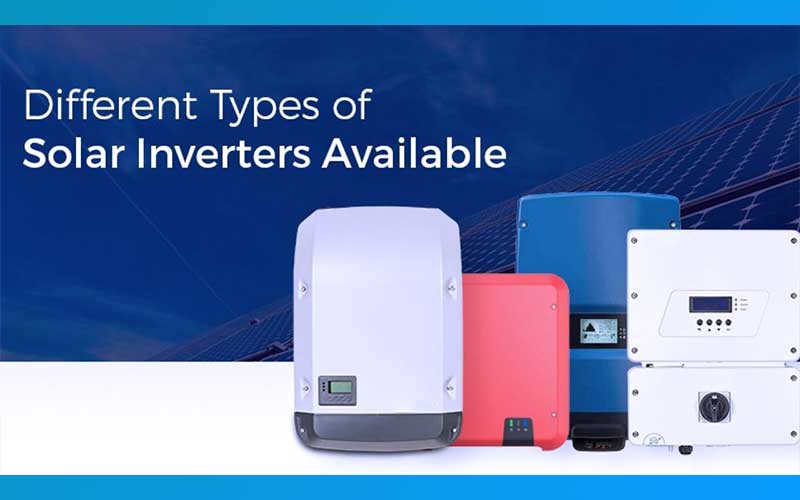 Solar inverter’s classification based on the mode of operation.

There are inverters for grid-connected systems, ones for stand-alone systems and inverters that can be applied in situations that require both connection types, called bimodal or hybrid inverters. The first two types are the most common ones.

The DC PV modules are connected to the regular AC electricity grid via a grid connected solar inverter, sometimes called grid tied inverter. In this case, the PV system is grid connected, this means that the load can be supplied either by the PV system or the grid, depending on the available irradiance and the demand. The inverter latches on to the grid’s frequency and voltage. So, the solar inverter that supplies AC power to the grid acts as a current source, while the role of the constant voltage source in the system is fulfilled by the grid. The grid connected system topology can only be applied when there is an electricity grid available. In some places there is no grid availability. 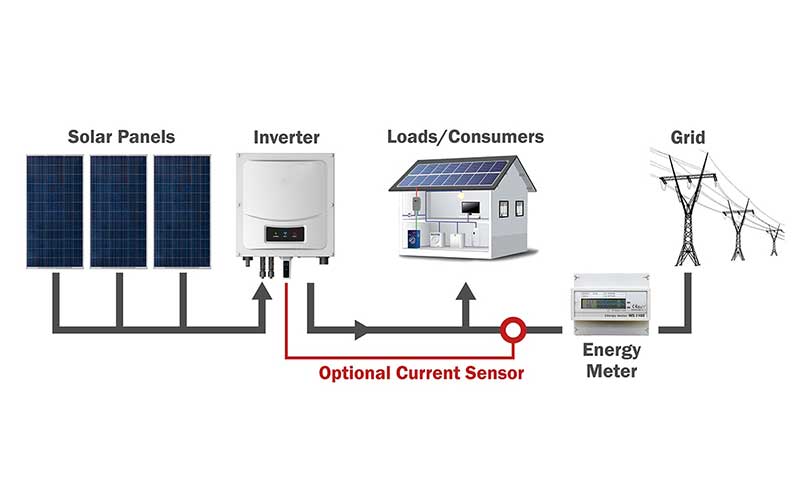 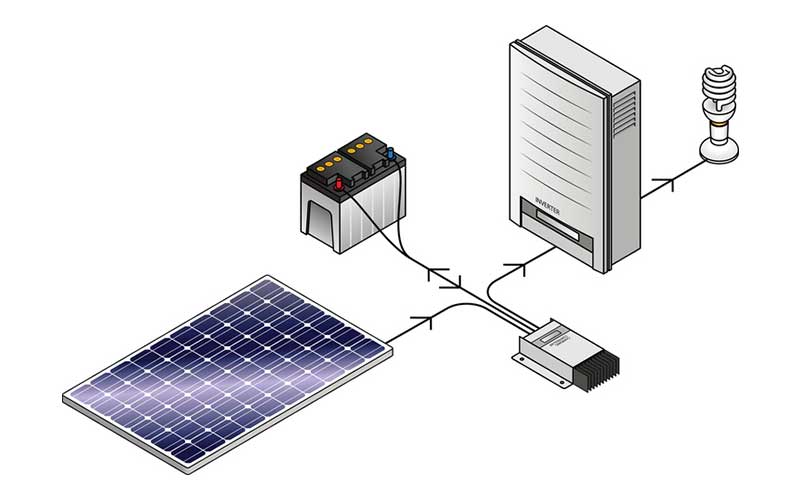 Consequently, the solar inverter is a standalone inverter. In this case, the PV system is not connected to the grid, which means the load can only depend on the PV system for power. So, the inverter that supplies AC power to the load has to appear as a voltage source with a stable voltage and frequency, supplying power at 240V or 110V, whichever is the standard at the location. In an off-grid solar system, excess energy has to be stored in order for the system to still be able to operate, even at night, when there is no PV power generation. Now we already know the basic application of an inverter in the PV system: power conversion from DC to AC.

Can the solar inverter perform any additional function?

The answer is yes! Thanks to the advances in power electronics, it is common to have solar inverters that implement a maximum power point tracking or MPPT mechanism before inverting the voltage, thus ensuring that the PV modules or arrays are operating at their maximum power point or MPP. Apart from the modes of operation, solar inverters are also classified on the basis of the implementation topology. 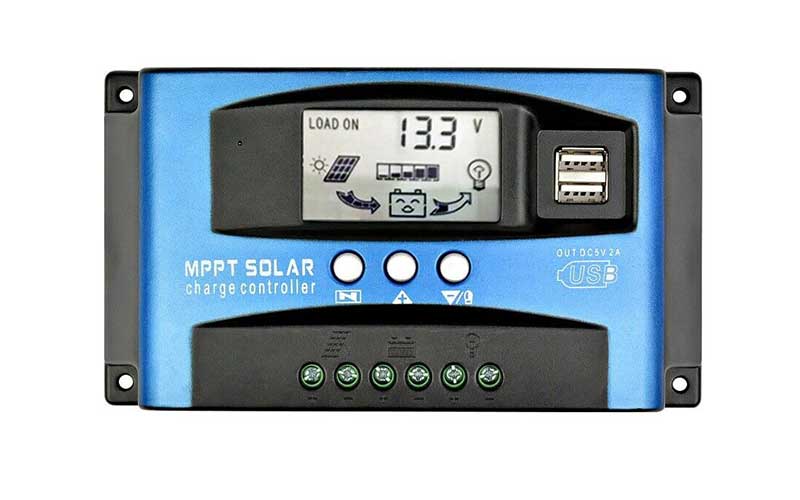 There can be 4 different categories under this classification.

This is the most traditional solar inverter topology in use. This is a simple implementation with one solar central inverter catering to all the PV modules in a PV system. While this inverter topology increases the ease of system design and implementation, it suffers from several drawbacks. In large systems, large amounts of DC power will be transferred over long cables to reach the solar central inverter. This increases DC wiring costs, and also decreases safety, as DC fault currents are difficult to interrupt. An MPPT implementation inside the central inverter will only cater to the entire system as a whole. If the various modules, strings are mismatched, let’s say due to partial shading, the overall system output is drastically reduced. Also, the system is usually designed for a fixed power. There is little scope for extensibility of the system if more strings and modules need to be added. 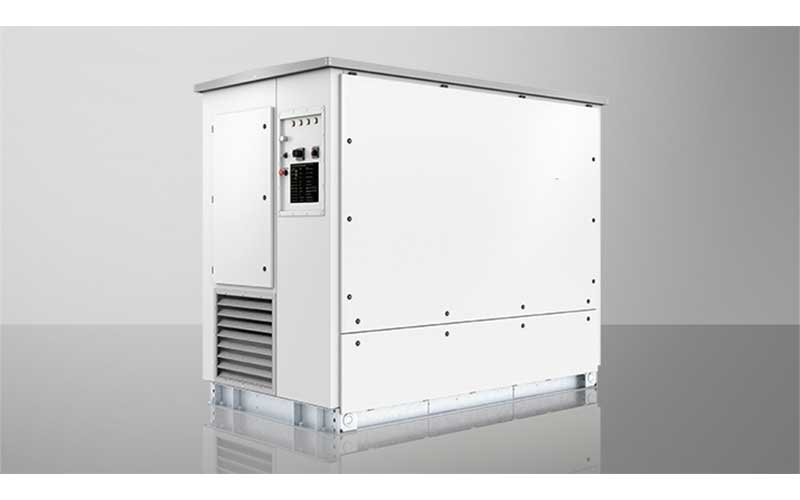 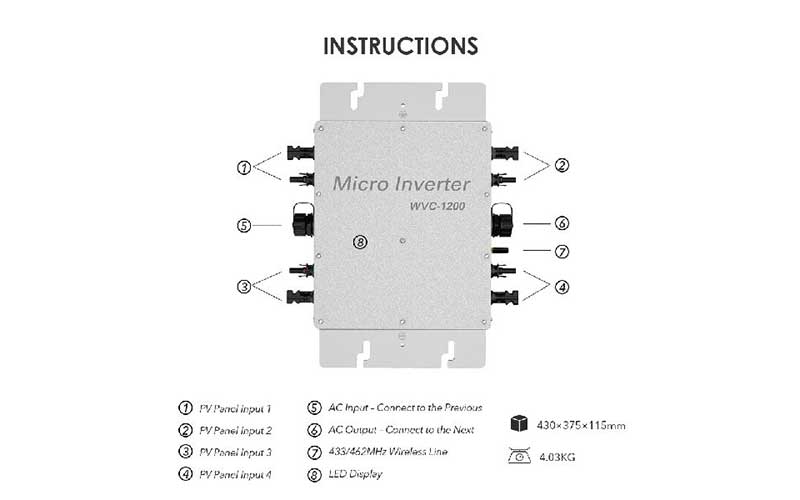 As the name suggests, each module has a dedicated solar inverter with an MPP tracker. Therefore, the topology is more resilient to partial shading effects as compared to the central inverter topology. Clearly, the micro solar inverters provide the highest system flexibility, since extending the size of a system under this topology is far simpler. Furthermore, the DC wiring costs are greatly reduced. However, the investment and maintenance costs tend to increase, especially if the cost per Watt are compared.

Then we have the string inverter concept, which seeks to strike a balance between the module level inverter and the central inverter topologies. 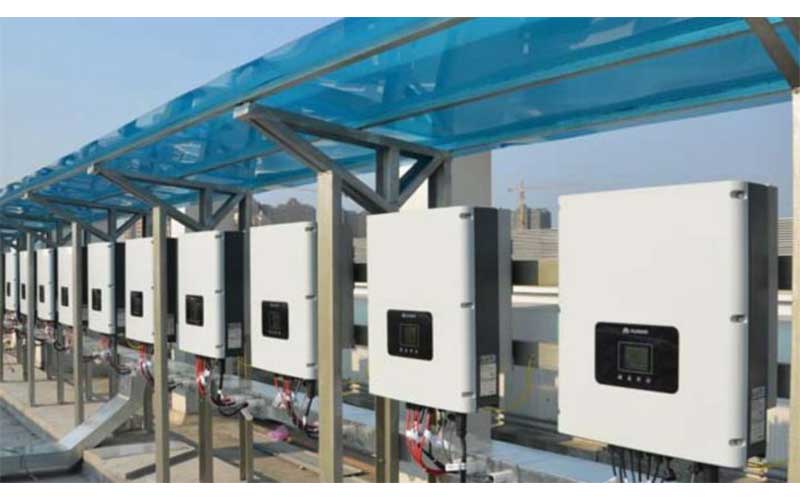 This concept seeks to combine the higher energy yield of a solar string inverter with the lower costs of the central inverter. Each of the strings are pre-power-processed using low power DC-DC converters. Each string has its own MPP tracker implemented alongside the DC-DC converter. All the converters are connected via a DC bus to the solar inverter, and ultimately to the grid. Within a certain power range, only a new string with a dedicated DC-DC converter has to be included to expand the system size.

We now have an overview about the solar inverters and their topologies. Of course, the choice of your topology for implementation would depend entirely on the system needs, size, and budget. But in general, while choosing an inverter for your PV system, what are the requirements for a good solar inverter? 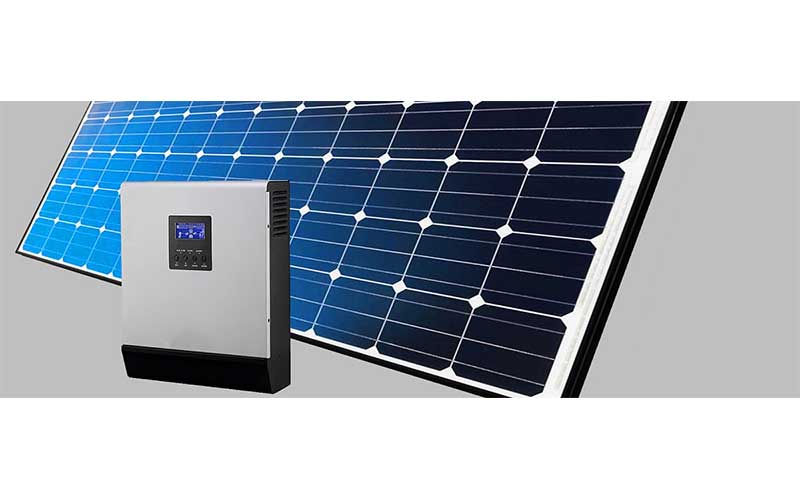 There are several characteristics expected from a good solar inverter.

It is a work in progress to increase the lifespan of the solar inverter, the crucial power electronic device in the modern PV system. A good solar inverter will probably reach, under favourable conditions, around 10-12 years of lifetime. This is a bottleneck in the modern PV system’s lifetime, especially considering the fact that PV modules can last over 25 years. So now you know what an inverter is, what it does, and how it can be applied in the different system topologies. 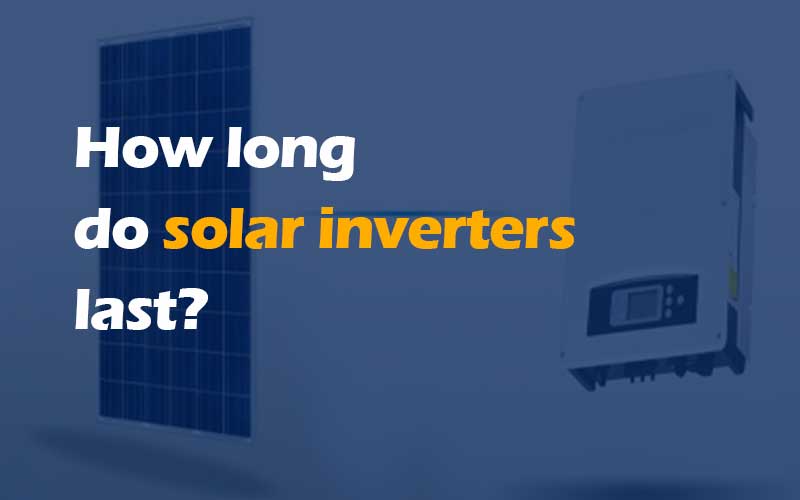 See our range of solar inverters