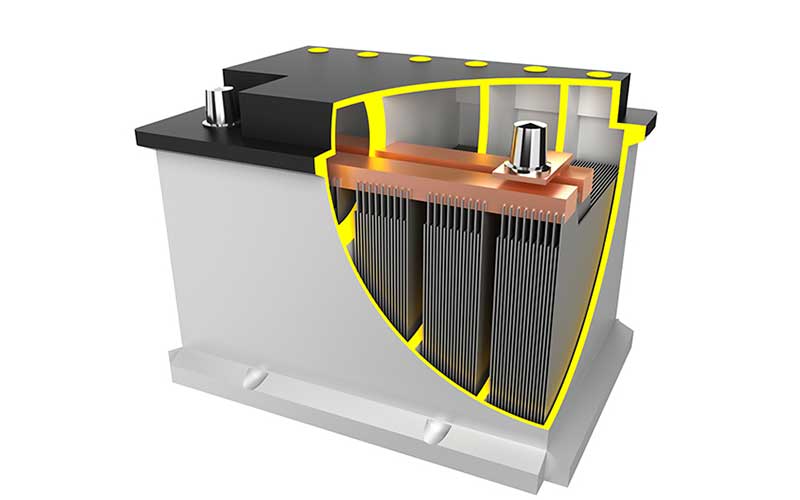 Where lead-acid batteries are commonly used 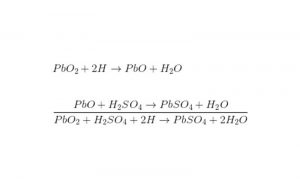 Negative sulphate ions are moving freely in the solution that some of them will reach to the pure led plate where they lose their extra electrons and become radical sulphate. Radical sulphate cannot exist alone, it will attack pure led and form led sulphate. As positive hydrogen ions receive electrons from the lead peroxide plate and the negative sulphate ions give electrons to the led plate, there would be an inequality of electrons between the two plates. There would be a flow of current through the external between the plates for balancing the inequality of electrons. The process is known as discharging of a lead-acid battery. When the load is disconnected and lead sulphate covered lead and lead peroxide plate are connected with the positive terminal of an external DC source. The lead peroxide covered lead plate with negative terminal of the DC source. 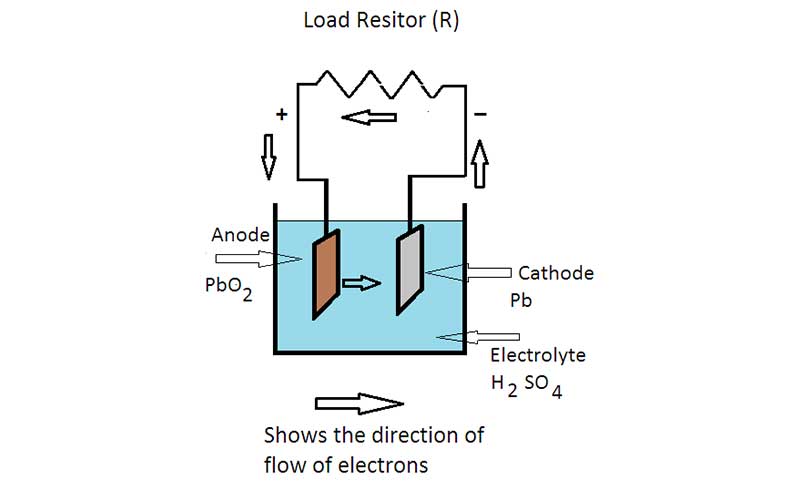 A battery in its simplest form is a storage container of electricity for future use. The role of a lead-acid battery in automotive applications is to supply power to the starter and ignition system. This is to start the engine plus to supply extra power when the vehicle’s electrical load exceeds the supply from the alternator. Finally, it is to act as a voltage stabilizer and dampening device in the electrical system. A 12-volt car battery consists of a plastic case with six cells connected in series. Each cell is made up of negative sponge lead plates and positive lead oxide plates. The electrolyte is made up of a mix of 35% sulfuric acid and 65% water. The electrochemical reaction between the lead plates and the electrolyte produces DC electricity. One of the battery discharges active material from the plates reacts with the electrolyte to generate DC electricity. A byproduct of this electrochemical reaction is the production of lead sulfate which coat the plates. During recharging the lead sulfate should convert back to active materials, in essence, returning the battery to its former state.

VRLA and SLA are basically the same type of battery with different names. VRLA (valve regulated lead acid battery) and SLA (Sealed Lead Acid battery). Both of these batteries are resistant to leaks, maintenance and position insensitive. Also, VRLA and SLA batteries have vents to discharge build up gas for additional safety. AGM batteries or Absorbed Glass Mat batteries are an exclusive type of lead-acid or SLA/VRLA battery. An electrolyte is absorbed into separators in between the plates of sponge like fine glass fiber mats in AGM batteries. See our range of batteries at our  JC Solar Panels  online store.

Savour Your Next Holiday